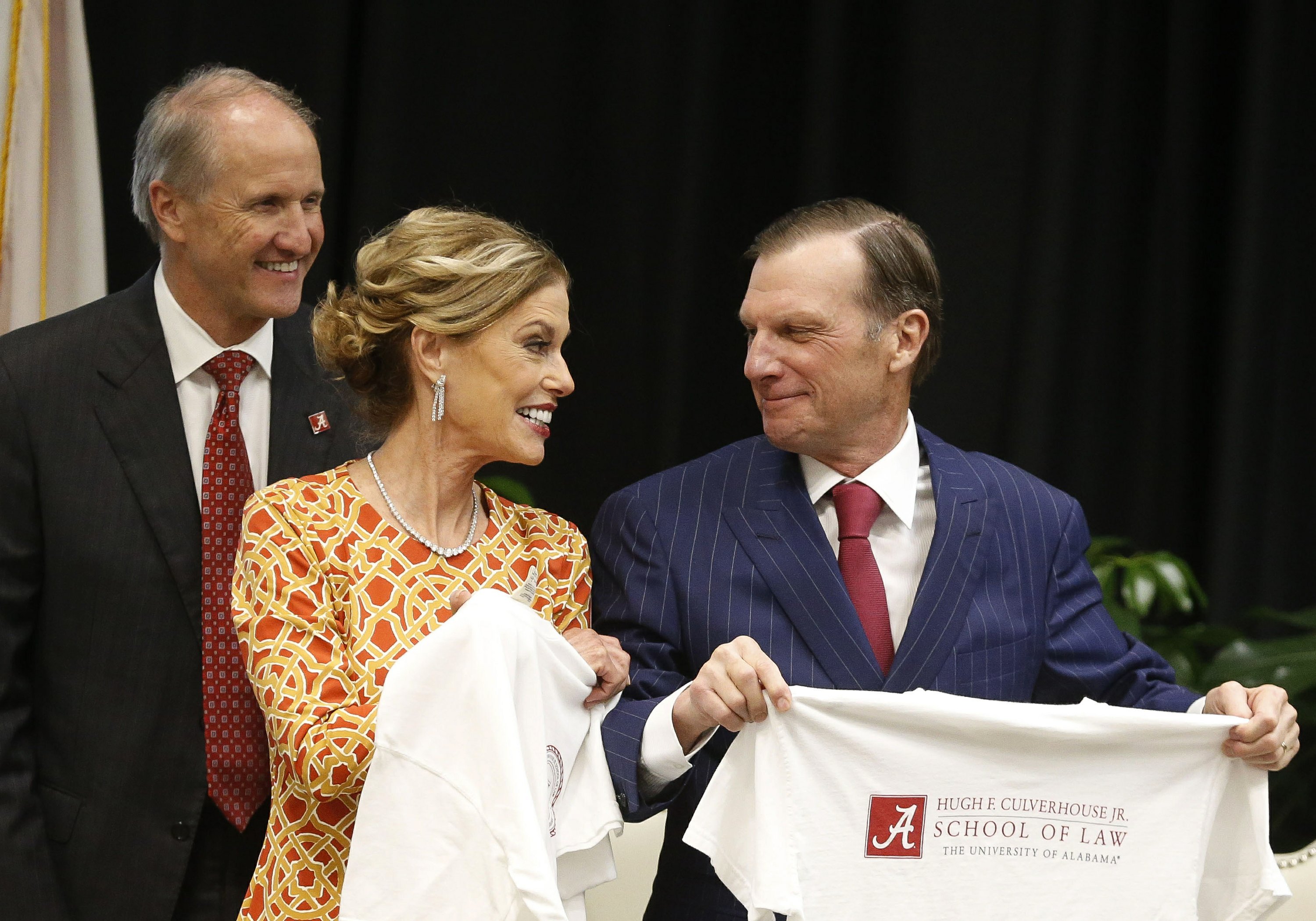 MONTGOMERY, Ala. — When philanthropist Hugh F. Culverhouse Jr. pledged a record $26.5 million to the University of Alabama in September, the institution showered him with praise, lauding his generosity, describing him as a “special person” and renaming the law school in his honor.

That relationship quickly soured. On Friday, Alabama’s board of trustees is expected to reject Culverhouse’s gift, give back the $21.5 million received so far, and remove his name, too.

Depending on which side you talk to, the flap is either the most high-profile fallout from Alabama’s new abortion ban or a completely unrelated dispute.

The bond began publicly unraveling last week after Culverhouse, a Florida real estate investor and lawyer, called on students to boycott the university to protest the ban. Hours later, Alabama announced it was considering giving back his money, the biggest donation ever made to the university.

“I don’t want anybody to go to that law school, especially women, until the state gets its act together,” the 70-year-old Culverhouse said in an interview.

The Alabama ban would make abortion at any stage of pregnancy a crime punishable by 10 years to life in prison for the provider, with no exceptions for rape or incest. The law, set to take effect in November, is the most hardline of the anti-abortion measures enacted this year as states emboldened by the new conservatives on the U.S. Supreme Court take aim at Roe v. Wade, the 1973 ruling that legalized abortion nationwide.

Culverhouse did not attend Alabama, but his parents did, and the business school bears the name of Hugh Culverhouse Sr., a wealthy tax lawyer and developer who owned the NFL’s Tampa Bay Buccaneers.

The younger Culverhouse, who describes himself as a political independent who votes for and donates to both parties, said that his family has long been involved in supporting reproductive rights and that his father was on the board of Planned Parenthood in Jacksonville, Florida, in the 1950s.

While Culverhouse said he has no doubt Alabama is retaliating over his call for a boycott, the university said the dispute has nothing to do with that.

The same day Culverhouse called for the boycott, the university issued its own news release saying it was in an “ongoing dispute” with Culverhouse over the way his gift was to be handled.

University administrators and trustees did not respond to requests for comment.

Culverhouse called university officials “liars” over their account. He acknowledged there were some disagreements over the handling of his gift. He said he told university President Stuart Bell that the law school should admit more students and that his donation was to fund scholarships to achieve that. But he said he thought the matter had been resolved.

The board of trustees — made up of 15 members, including the governor — appeared poised to give the money back. A university lawyer last week asked Culverhouse for his bank information, saying the trustees are expected to vote for a refund, according to an email Culverhouse provided to The Associated Press.

This isn’t the first time the university has been embroiled in a dispute with a Culverhouse over a donation. Culverhouse’s mother, Joy McCann Culverhouse, sued the university in 1997 to nullify a pledge her late husband had made to the business school. The university eventually settled for $16 million.

The younger Culverhouse has donated more than $30 million to the university over the years, including about $2.25 million to the women’s golf team and $5.3 million to the business school. Those smaller gifts are not in contention.

Culverhouse said he was stunned by the university’s stand. But he confessed: “You probably shouldn’t put a living person’s name on a building, because at some point they might get fed up and start talking.”