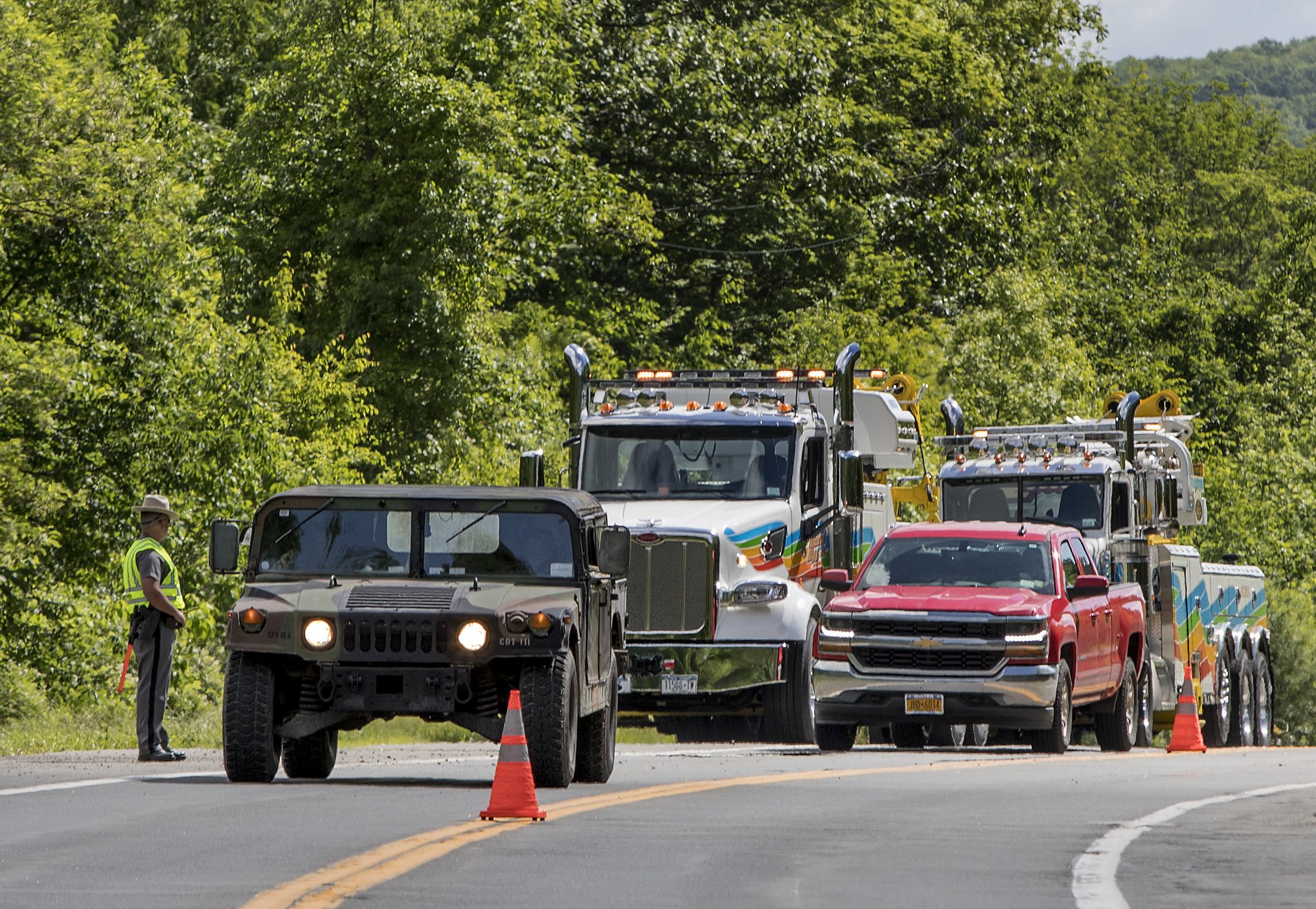 WEST POINT, N.Y. — A vehicle loaded with West Point cadets on summer training overturned on a dirt road Thursday, killing one cadet and injuring 22 other passengers, according to the U.S. Military Academy.

Twenty cadets and two soldiers were injured when their light medium tactical vehicle overturned around 6:45 a.m. off Route 293, said Lt. Col. Christopher Ophardt. The vehicle, a military truck that can carry personnel, had two people in the front cab and the rest in the back.

Helicopter footage from WNBC showed a truck flipped over in a wooded area.

Ophardt could not provide information on the severity of the injuries or identify the cadet who died. The injured were taken to hospitals.

Speaking on WAMC public radio Thursday morning, Gov. Andrew Cuomo said the number of fatalities could increase based on what he has been told.

One cadet is reported deceased, 20 cadets and two soldiers are wounded that were involved in a Light Medium Tactical Vehicle accident that occurred at approximately 6:45 a.m. off Route 293.

“These are young people who are dedicating their lives,” Cuomo said. “It’s the anniversary of D-Day. It really is a sad, sad moment.”

Classes ended at West Point last month, but the academy runs summer military training exercises for cadets in the heavily wooded hills outside the main gates. The rollover occurred on a fire break road as the vehicle was leaving Camp Natural Bridge, where trainees live during the summer.

Ophardt said the investigation of the cause of the single-vehicle accident was continuing.

West Point is on the Hudson River about 50 miles north of New York City.

It was the second cadet death at West Point this year. Cadet Peter Zhu died in February after a skiing accident. His parents made headlines afterward for their successful legal effort to retrieve his frozen sperm.