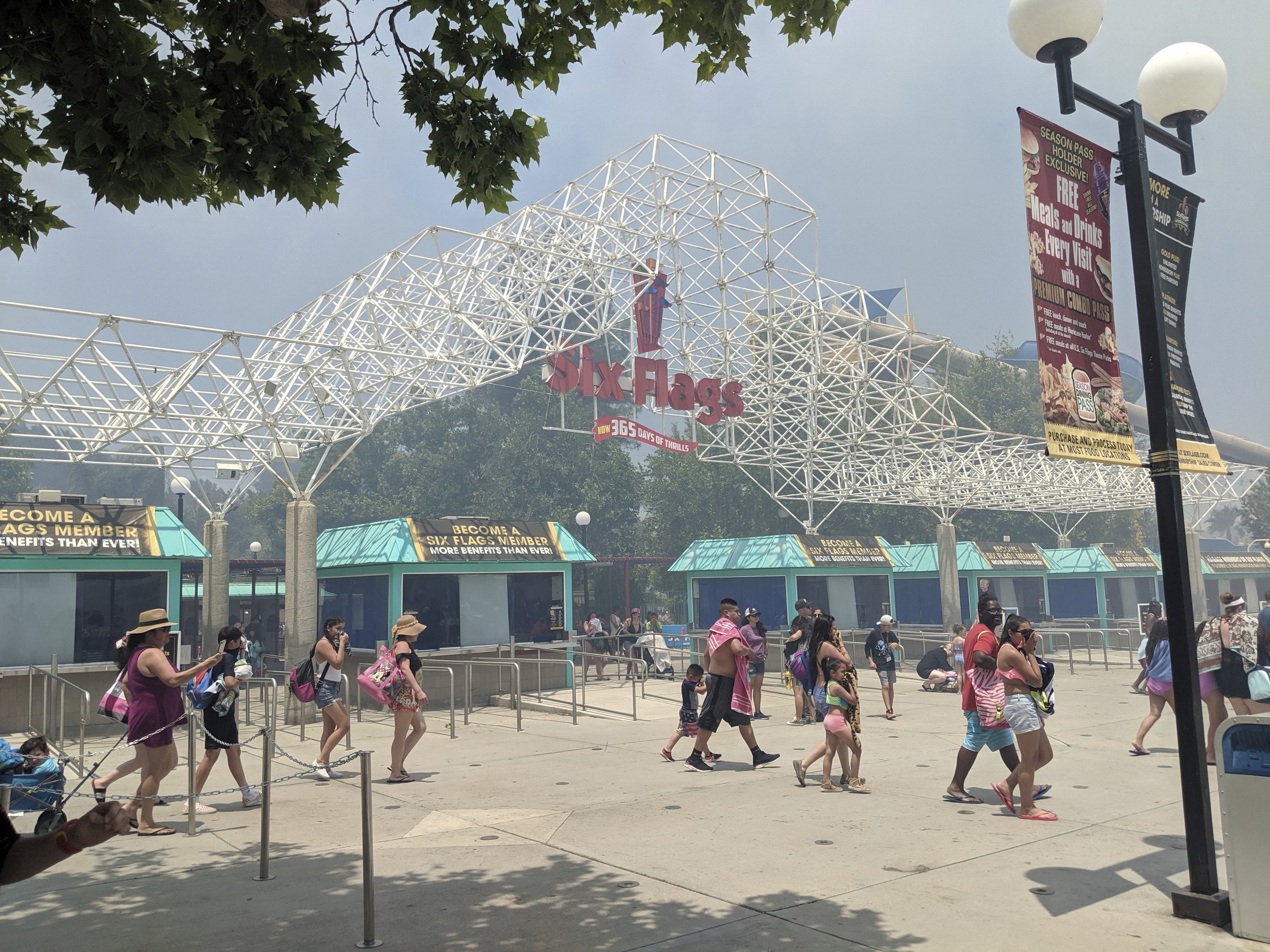 SANTA CLARITA, Calif. — A fast-moving brush fire erupted near a huge amusement and water park in Southern California on Sunday, sending hundreds of visitors to the exit to escape clouds of smoke and ash before fire officials asked them to stay put while they worked to contain the blaze.

Six Flags Magic Mountain and Hurricane Harbor announced the evacuation shortly after noon, citing concern for the safety of park visitors and employees. About a half-hour later, the park said on its Twitter account that fire officials asked guests to shelter in place due to nearby road closures.

Park visitors were asked to move to the back of the 260-acre property, away from firefighting activity near the entrance, said Rachel Gallat, who was visiting a friend who works at the park.

“I was getting iced coffee and when I walked outside, ash was raining down on me,” Gallat said. “There was a big cloud of smoke. I saw people around me panicking; they didn’t know where they were supposed to go.”

“We did not tell them to do this,” Melanie Flores said.

Los Angeles County fire officials said nine people were taken to the hospital due to smoke exposure. The blaze is 20% contained.

Shalane Gonzales, 34, said she saw people running out of the park in bathing suits.

“It was pretty scary. We saw trucks packing people,” Gonzales said. “They were just telling people to load up on their truck beds.”

She said when she tried to drive to the entrance to pick up her partner and their two young sons, police told her to return to the parking lot.

“The fire was feet away from where we were,” she said.

The park later announced it was closed for the day after police reopened the roads, allowing everyone to leave in their cars.

Magic Mountain is located about 40 miles north of Los Angeles; its twisting roller coasters are a familiar sight to motorists on Interstate 5.

Firefighters battled the 40-acre blaze in hot, dry and windy conditions during the first day of a heat wave baking the region in nearly 100-degree (37.8-Celsius) heat.

The cause of the fire is under investigation.