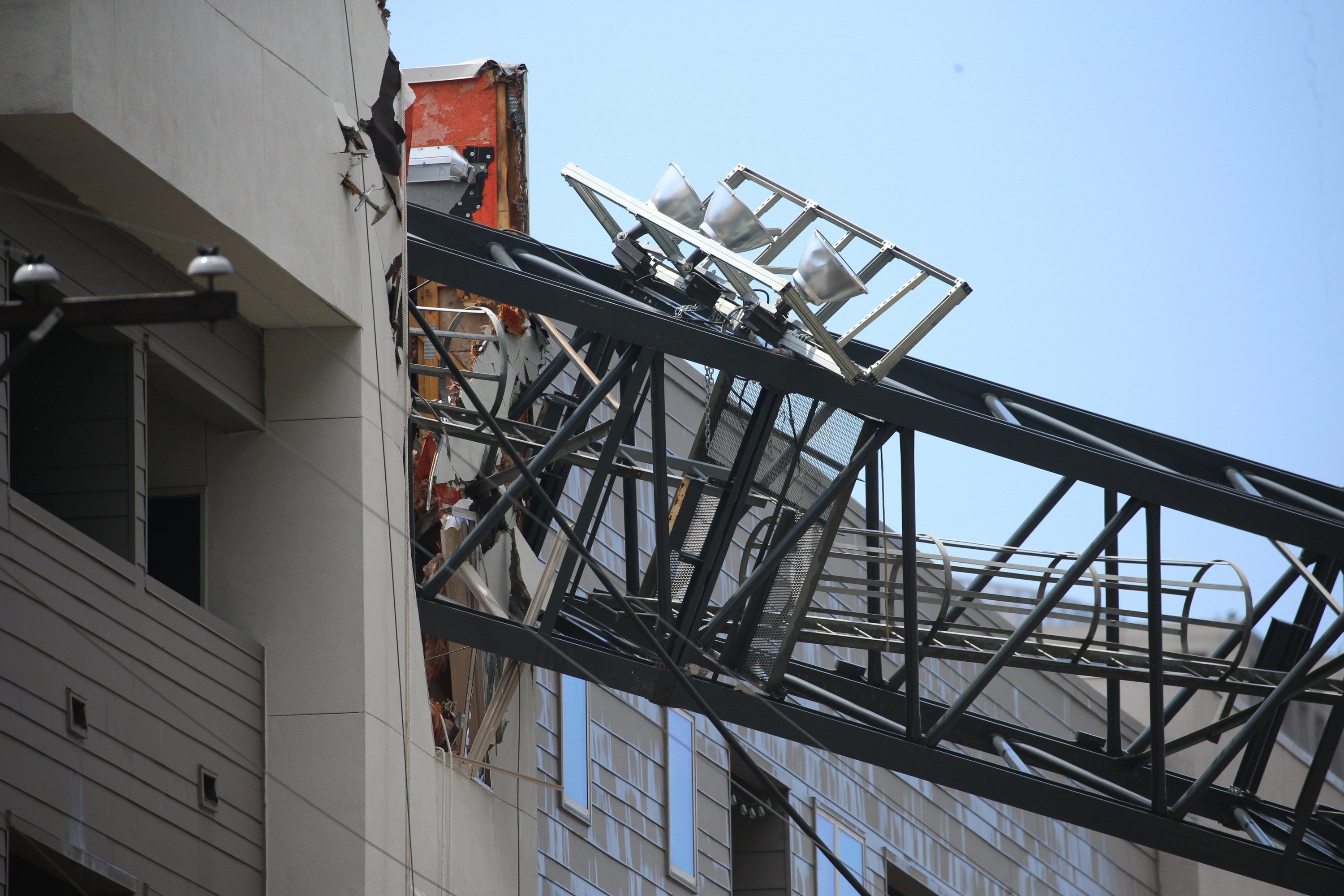 DALLAS — A construction crane buffeted by high winds during a storm collapsed on a Dallas apartment building Sunday, killing one woman in the building and injuring at least six more, two of them critically, a fire official said.

Crews searching the Elan City Lights building found the body of a woman inside after the crane collapsed, ripping a large gash into the side of the structure, Dallas Fire-Rescue spokesman Jason Evans said during a press briefing.

Evans said it is too early to say whether there may be more people injured or killed.

“We only hope that what we’ve found up to this point is where the damage and where the impact stops,” he said.

Of those injured, two were listed in critical condition, three had suffered serious injuries and one suffered minor injuries and was later discharged from a hospital, Evans said.

Video shows that downed crane ripped a large hole in the side of the building. It also damaged an adjacent parking garage and some of the vehicles in it.

The crane fell after the National Weather Service issued a severe thunderstorm watch for the greater Dallas/Fort Worth area until 7 p.m. Sunday, warning of heavy rain, damaging gusts and large hail. The agency also issued a flood advisory for parts of the region until 5 p.m.

The weather service says winds could exceed 70 miles per hour. At Dallas Love Field airport, WFAA-TV reports gusts damaged a hangar door and part of the roof at a Southwest Airlines maintenance facility.