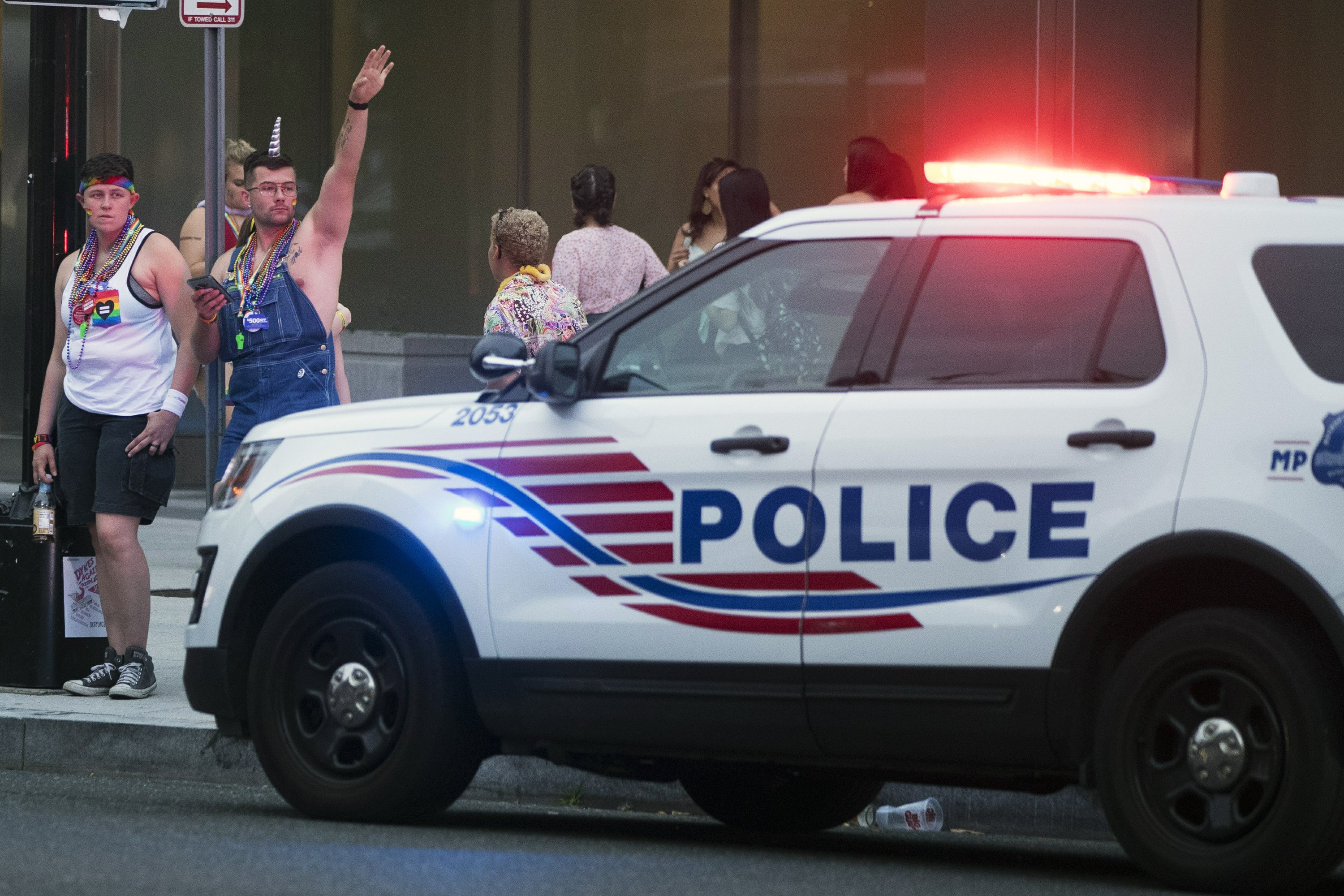 WASHINGTON — A man threatened another person with a BB gun during an LGBTQ pride parade in the nation’s capital and set off a panic that sent hundreds of people, who mistakenly believed gunshots were fired, running in fear, police said Sunday.

Aftabjit Singh, 38, was arrested on weapons possession and disorderly conduct charges after Saturday evening’s incident in the Dupont Circle neighborhood of Washington, D.C., where thousands of people packed the streets to celebrate in the city’s annual pride parade.

Although no gunshots were fired, hundreds of people ran from the area, knocking down metal police barricades and running into stores, fearing that a gunman had opened fire on the crowd of revelers. Seven people were taken to local hospitals for injuries they suffered while fleeing the area, authorities said.

Inside a small park in Dupont Circle, Singh pulled the BB gun on another person who was “hitting on his significant other,” according to a police report. People began running from the area and police officers who were keeping watch over the festivities heard revelers shouting that there was a man with a gun.

As the officers got closer, someone in the crowd pointed to Singh and said he had a gun in his bag. An officer stopped Singh and noticed what appeared to be a silver handgun sticking out of his brown bag that was underneath a tree, the report said. The weapon turned out to actually be a BB gun, police said.

As he was led away in handcuffs, Singh vowed to come back and shoot the person who he had been threatened, police said.

Organizers decided to shut down the parade for the night after the incident but said they would not allow the scare to ruin the weekend pride celebrations. The group that organizes the event said it spends extensive time planning security procedures.

Guillermo Rivera, a commander with the Metropolitan Police Department, said the department had an “adequate amount of resources on the ground, which is why we were able to respond so quickly.”

It was not immediately clear whether Singh had an attorney who could comment on the allegations. He’s expected to appear in court on Monday.