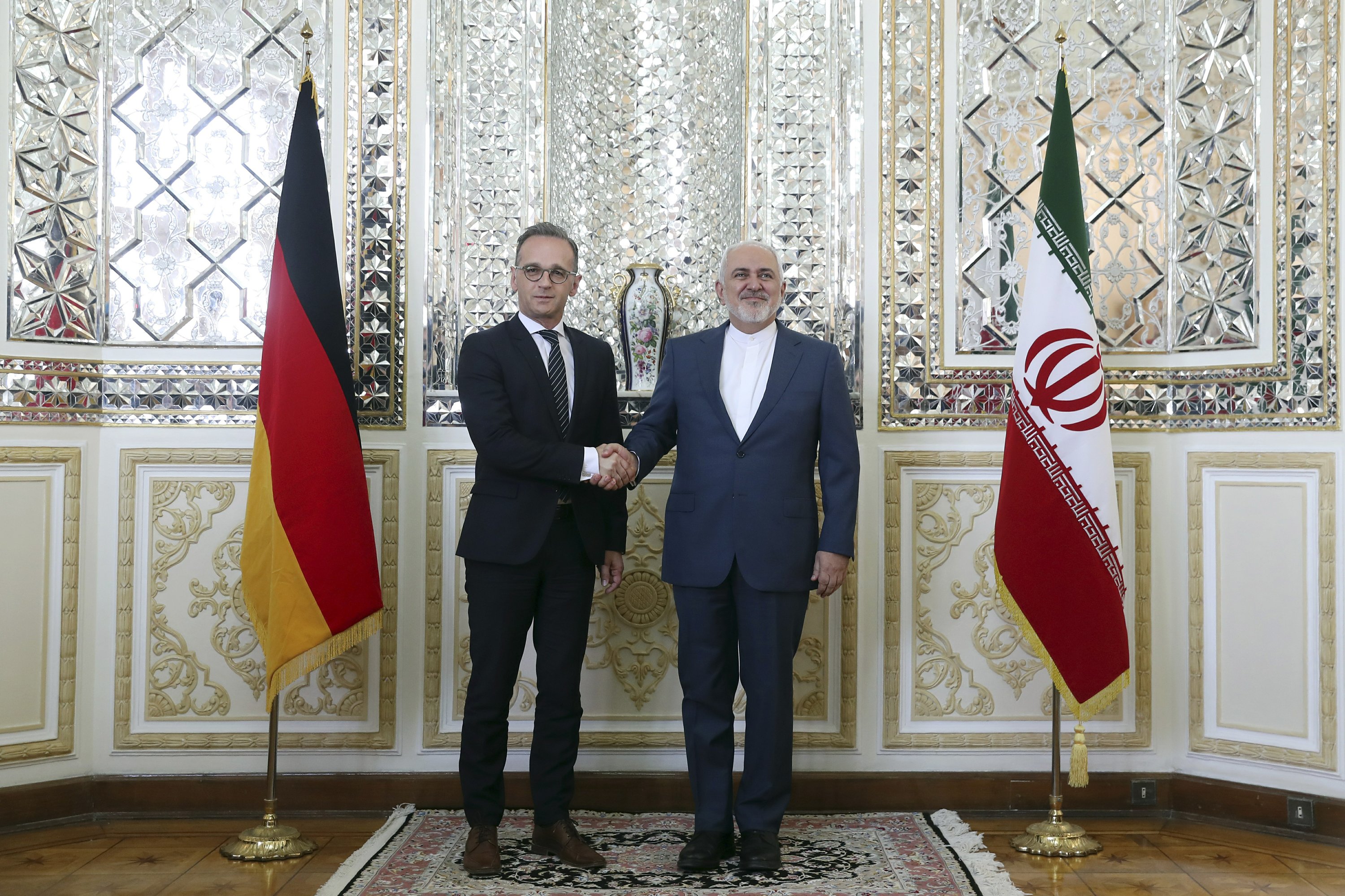 TEHRAN, Iran — Iran’s foreign minister warned the U.S. on Monday that it “cannot expect to stay safe” after launching what he described as an economic war against Tehran, taking a hard-line stance amid a visit by Germany’s top diplomat seeking to defuse tensions.

A stern-faced Mohammad Javad Zarif offered a series of threats over the ongoing tensions gripping the Persian Gulf. The crisis takes root in President Donald Trump’s decision over a year ago to withdraw America from Iran’s 2015 nuclear deal with world powers. Trump also reinstated tough sanctions on Iran, targeting its oil sector.

“Mr. Trump himself has announced that the U.S. has launched an economic war against Iran,” Zarif said. “The only solution for reducing tensions in this region is stopping that economic war.”

Zarif also warned: “Whoever starts a war with us will not be the one who finishes it.”

For his part, German Foreign Minister Heiko Maas insisted his country and other European nations want to find a way to salvage the nuclear deal, which saw Iran limit its enrichment of uranium in exchange for the lifting of economic sanctions.

However, Europe has yet to be able to offer Iran a way to get around the newly imposed U.S. sanctions. Meanwhile, a July 7 deadline — imposed by Iran — looms for Europe to find a way to save the unraveling deal.

Otherwise, Iran has warned it will resume enriching uranium closer to weapons-grade levels.

Though Zarif made a point to shake Maas’ hands before the cameras, his comments marked a sharp departure for the U.S.-educated diplomat who helped secure the nuclear deal, alongside the relatively moderate President Hassan Rouhani.

Zarif’s sharp tone likely comes from Iran’s growing frustration with Europe, as well as the ever-tightening American sanctions targeting the country. Iran’s national currency, the rial, is currently trading at nearly 130,000 to $1. It had been 32,000 to the dollar at the time of the 2015 deal. That has wiped away people’s earnings, as well as driven up prices on nearly every good in the country.

European nations had pledged to create a mechanism called INSTEX, which would allow Iran to continue to trade for humanitarian goods despite American sanctions. However, that program has yet to really take off, something Iran’s foreign ministry spokesman noted before Zarif and Maas spoke to reporters.

“We haven’t put much hope in INSTEX,” spokesman Abbas Mousavi said, according to Iranian state television. “If INSTEX was going to help us, it would have done so already.”

Trump, in withdrawing from the deal, pointed that the accord had not limited Iran’s ballistic missile program, or addressed what American officials describe as Tehran’s malign influence across the wider Mideast.

Back when the deal was struck in 2015, it was described it as a building block toward further negotiations with Iran, whose Islamic government has had a tense relationship with America since the 1979 takeover of the U.S. Embassy in Tehran and subsequent hostage crisis.

Some members of Trump’s administration, particularly National Security Adviser John Bolton, previously supported the overthrow of Iran’s government. Trump, however, has stressed that he wants to talk with Iran’s clerical rulers.

Japanese Prime Minister Shinzo Abe will arrive in Tehran on Wednesday as an interlocutor for Trump.

Japan had once purchased Iranian oil, but it has now stopped over American sanctions. However, Mideast oil remains crucial to Japan and recent threats from Iran to close off the Strait of Hormuz, the narrow mouth through which a third of all oil traded by sea passes, has raised concerns.

The semi-official Tasnim news agency reported that Ali Asghar Zarean, deputy head of Iran’s nuclear department, said Tehran had increased the number of its centrifuges to 1,044 at the Fordo underground facility.

Without elaborating on the model of centrifuges in Fordo, Zarean added it was 720 centrifuges before the 2015 nuclear deal.

The head of the Atomic Energy Organization of Iran, Ali Akbar Salehi, said last month that Iran had begun installing a chain of 20 IR-6 centrifuges at its underground Natanz enrichment facility. Iranian officials say the IR-6 can enrich 10 times faster than an IR-1.

In late May, the U.N. nuclear watchdog said that “up to 33” more advanced IR-6 centrifuges have been installed and that “technical discussions in relation to the IR-6 centrifuges are ongoing.”

Under terms of the nuclear deal, Iran is allowed to test no more than 30 of the IR-6s once the deal has been in place for 8 1/2 years. The deal is murky about limits before that point, which will arrive in 2023.

A centrifuge is a device that enriches uranium by rapidly spinning uranium hexafluoride gas. Under the atomic accord, Iran has been limited to operating 5,060 older models of IR-1 centrifuges.