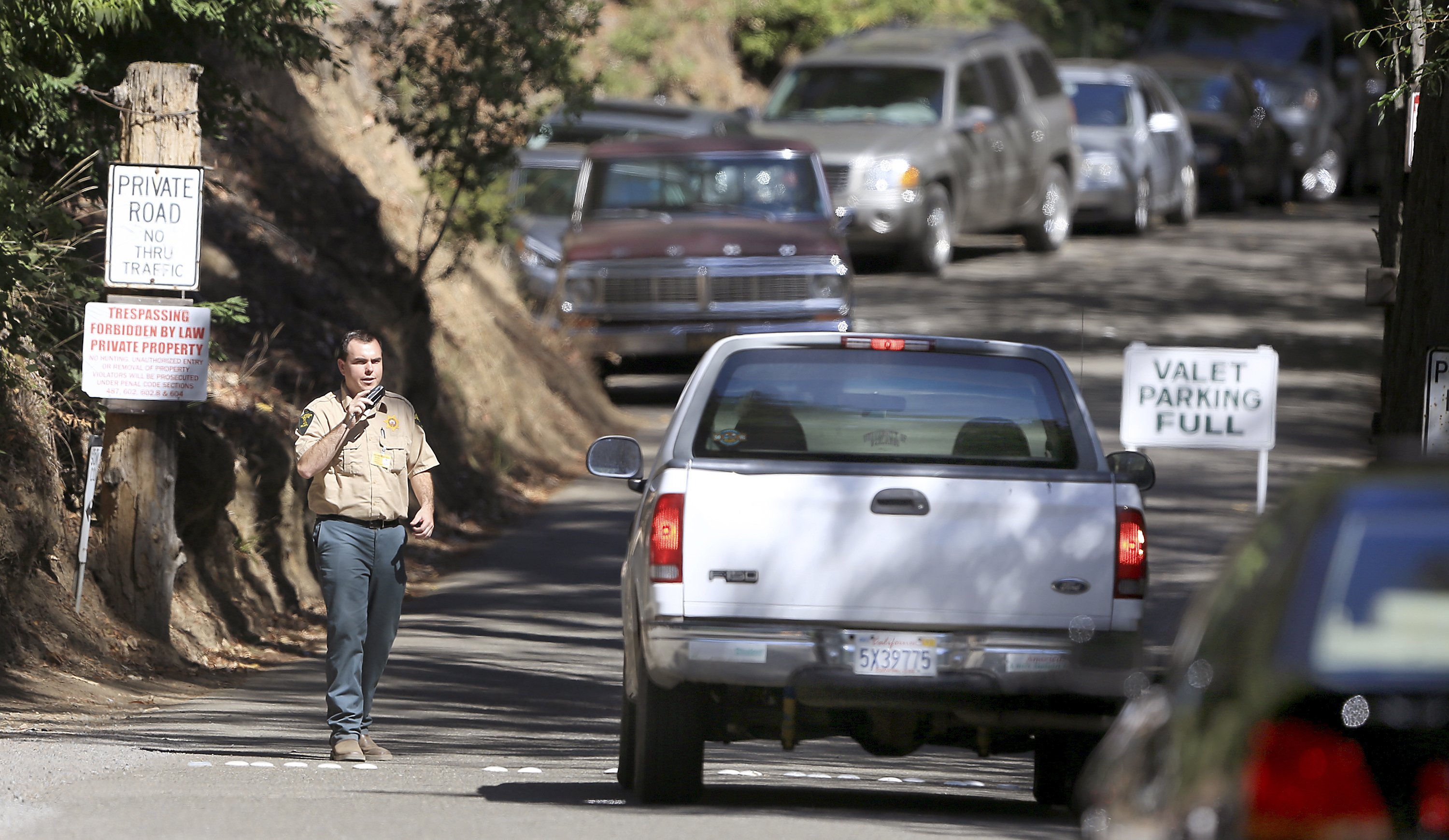 SAN FRANCISCO — An annual retreat staged in California by an elite club that has included powerful U.S. political and business leaders is facing scrutiny for excluding women after female county supervisors questioned whether they should continue allowing sheriff’s deputies to provide security for the event.

When the previously routine issue came up in a meeting last week, Sonoma County Supervisor Shirlee Zane scribbled a note then read it out loud: “How can we contract tax-funded services with a club that openly discriminates against women?”

After 11 years on the board and in the third year of its female majority, Zane was finally inspired to speak up, though she said she has long questioned the exclusivity of the Bohemian Grove campouts that have been held at the private Sonoma County site for nearly all of the club’s 147-year history.

“Women’s rights are being shredded throughout the country and we are kept out of decision-making,” Zane said. “This is another way it’s happening in our own backyard.”

The event from July 10-28 is for members of the Bohemian Club, headquartered in San Francisco. It maintains a confidential membership list and has long had a reputation for secrecy.

Founded by journalists and artists in 1872, the club grew to include presidents such as Richard Nixon and Ronald Reagan as well as various FBI and CIA directors and titans of business.

Women can enter the club’s headquarters, but they are barred from the annual July encampment where men reportedly relax, perform skits and take part in a ceremony called Cremation of Care , where they burn an effigy.

“You get up there in the redwoods … you talk and you drink and you tell dirty stories,” club member and former California Gov. Edmund G. Brown Sr. told The Associated Press in 1987.

The Sonoma County Board of Supervisors has approved the security contract for the retreat without fanfare for the past 14 years.

But last week, after Zane spoke up, Supervisor Lynda Hopkins also jumped on board in questioning the arrangement.

Hopkins is the first woman to represent her district, which includes Bohemian Grove, making her the first supervisor she knows about who has not attended the retreat.

“Bohemian Grove has always been a strange anachronism in my district,” she said. “It’s 2,700 acres of mystery I haven’t been allowed to set foot on.”

Supervisors asked county attorneys to study whether the event is discriminatory and postponed a decision on security until Tuesday.

“Just because we provide a law enforcement service for them is not an endorsement of what they do,” Sheriff Mark Essick said. “To put this on hold at the last second is really going to hamper my ability to deliver services.”

The contract for about $151,000 includes having the sheriff staff the entrance with two to six deputies to deal with protesters or trespassers and respond if needed to emergencies.

Protesters have gathered outside Bohemian Grove for years to rail against what they see as world-controlling elites and conspiracy theories. Less focus has been paid to the gender exclusivity of the event.

Without a county security contract, the Bohemian Club could pay a less expensive private company for the service, and the county would be obligated to provide emergency services if needed.

“I understand the controversy,” he said. However, the board has little leverage when it comes to changing membership rules or other aspects of the club, he added.

For Hopkins and Zane, it’s about the principle. They fear contracting with the club sends a message that Sonoma County, which takes pride in its progressive stances, condones keeping women out of positions of power.

“The dominant white male power structure is very much alive and well in Sonoma County, and Bohemian Grove is very emblematic of that,” Hopkins said. “They are continuing to dominate that powerful sphere and exclude women, developing relationships with powerful people that women don’t have access to.”

Representatives from Singer Associates, a public relations firm that represents the Bohemian Club, did not respond to calls seeking comment.

Most major American cities are home to at least one exclusive social group similar to the Bohemian Club, but many traditionally male-only organizations such as golf clubs and service clubs have opened their ranks to women in recent years.

Zane said she hopes there’s some movement to open the Bohemian Club as well.

But such changes might not be the highest priority for groups that advocate for women, said Kelly Armstrong, a San Francisco-based employment lawyer focused on workplace discrimination and sexual harassment.

“In the era of #MeToo and Time’s Up, people are focused on bigger fish — that women are treated equally in the workplace or schools or housing,” she said. “Whether men’s-only clubs are not allowing women to partake in their activities is of lower priority.”