Legislature to get bill Hong Kongers see as eroding rights 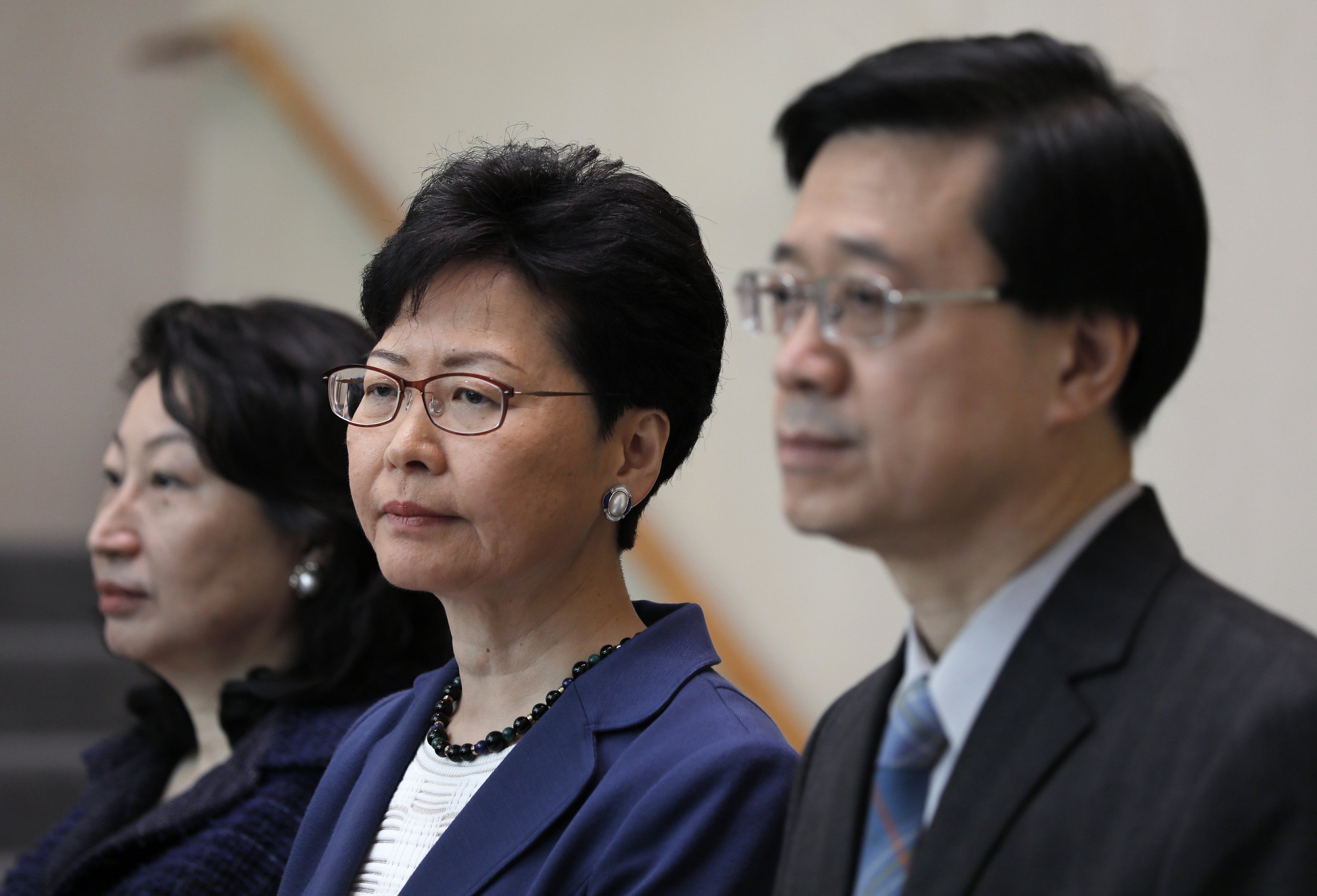 HONG KONG — Hong Kong leader Carrie Lam said Tuesday a highly controversial extradition bill will proceed to the legislature for debate after the territory’s largest protests in at least a decade filled the streets to oppose the legislation.

In the protest that reflected the semi-autonomous territory’s growing apprehension about relations with the Communist Party-ruled mainland, hundreds of thousands of people took to the streets Sunday to protest the bill that would allow criminal suspects to be extradited to mainland China.

The full legislature is scheduled to resume debate on the amendments on Wednesday, and a vote is expected this month. The government has considered concerns from the private sector and altered the bill to improve human rights safeguards, Lam said.

Speaking to reporters before a regular meeting of her cabinet, Lam emphasized that extradition cases would be decided by Hong Kong courts — not the chief executive.

“Even the chief executive could not overrule the court, to say that because (a country) wants this offender, I will surrender,” Lam said, adding that such a scenario would be impossible, because Hong Kong’s chief executive is not above the law.

Lawyer and member of Lam’s administration advisory committee Ronny Tong Ka-wah said Sunday’s protest showed a lack of trust in Hong Kong’s administration, partly because Lam was picked by Beijing and not elected by popular vote. However, China’s patience with Hong Kong’s demands has its limits, Tong added.

“We need to gain the trust and confidence of Beijing so they can allow us the freedom of political reform,” Tong said. “They don’t want to see Hong Kong as a base of subversion. And I’m sorry, we’re doing exactly that.”

“The safeguard is being carried out by our judges. If there comes a day that our judges cannot strictly apply our law, then extradition is the least thing you have to worry about. You have to worry about the rapid deterioration of rule of law in Hong Kong and with that, ’One country, Two systems,” Tong said, referencing the political formula under which Hong Kong transferred from British to Chinese rule in 1997.

Opponents of the proposed extradition amendments say the changes would significantly compromise Hong Kong’s legal independence, long viewed as one of the main differences between the territory and mainland China.

“The government is asking these people with decades of mistrust suddenly to trust the system and to accept assurances that the (Chinese) mainland will offer that they be honored. And that’s clearly not persuading the people,” Dyke said in an interview with The Associated Press.

Critics believe the legislation would put Hong Kong residents at risk of being entrapped in China’s opaque judicial system, in which political opponents have been charged with economic crimes or ill-defined national security offenses.

Hong Kong currently limits extraditions to jurisdictions with which it has existing agreements and to others on an individual basis. China has been excluded from those agreements because of concerns over its judicial independence and human rights record.

The proposed amendments to the Fugitive Offenders Ordinance and the Mutual Legal Assistance in Criminal Matters Ordinance would expand the scope of criminal suspect transfers to include Taiwan, Macau and mainland China.

Lam has said the changes are necessary for Hong Kong to uphold justice and meet its international obligations. Without them, she said Hong Kong risks becoming a “fugitive offenders’ haven.”

Supporters have pointed to the case of Chan Tong-kai, a Hong Kong man who admitted to Hong Kong police that he killed his girlfriend during a trip to Taiwan. Because Hong Kong and Taiwan don’t have an extradition agreement, he has not been sent to Taiwan to face charges there, though he has been jailed in Hong Kong on money laundering charges.

Under the “one country, two systems” Hong Kong was guaranteed the right to retain its own social, legal and political systems for 50 years. As a result, residents of the semiautonomous territory enjoy far greater freedoms than people on the mainland, such as the freedom to protest or publicly criticize the government.

Hong Kong voters cannot directly elect their chief executive. Lam was elected in 2017 by a committee dominated by pro-Beijing elites and is widely seen as the Communist Party’s favored candidate.

Beijing has made substantial efforts in recent years to integrate Hong Kong with the mainland. Last October, China opened the world’s longest sea-crossing bridge, connecting Hong Kong and Macau to the city of Zhuhai in southern Guangdong province. The government has named the three combined locales the “Greater Bay Area,” which it aims to turn into a center for technological innovation and advanced manufacturing.

Those in Hong Kong who anger China’s central government have come under greater pressure since Chinese President Xi Jinping came to power in 2012.

The detention of several Hong Kong booksellers in late 2015 intensified worries about the erosion of Hong Kong’s rule of law. The booksellers vanished before resurfacing in police custody in mainland China. Among them, Swedish citizen Gui Minhai is currently being investigated for leaking state secrets after he sold gossipy books about Chinese leaders.

In April, nine leaders of a 2014 pro-democracy protest movement known as the “Umbrella Revolution” were convicted on public nuisance and other charges.

In May, Germany confirmed it had granted asylum to two people from Hong Kong who, according to media reports, were activists fleeing tightening restrictions at home. It was the first known case in recent years of a Western government accepting political refugees from Hong Kong.

Lam declared her resolve to move forward with the legislation despite the protests. The full Hong Kong legislature is expected to resume debate on it Wednesday, and a vote is expected by the end of the month.