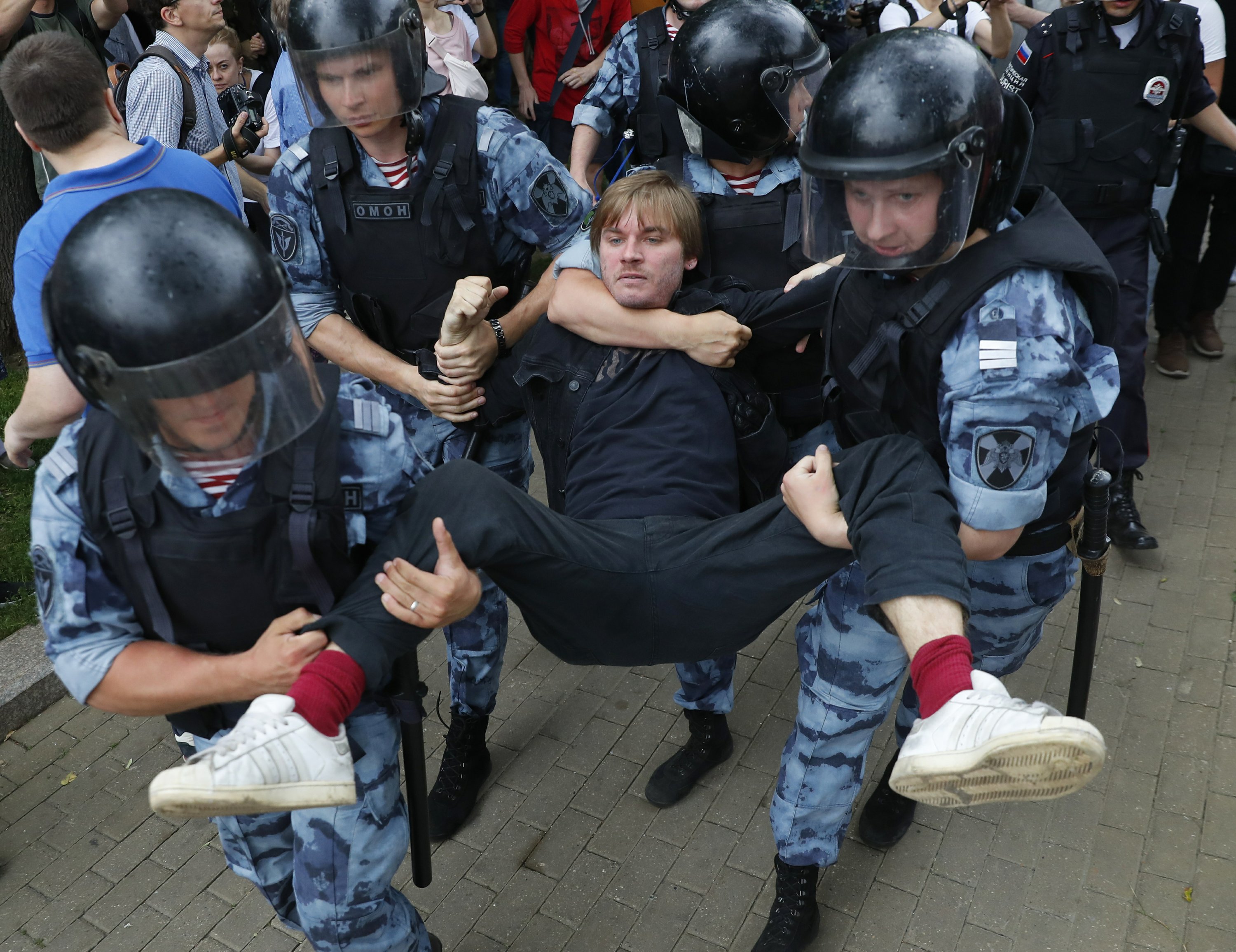 MOSCOW — Supporters of a Russian journalist who was arrested on drug dealing charges and freed after the government admitted no evidence existed of wrongdoing marched Wednesday in Moscow to protest alleged fabrications by police.

More than 200 people were detained at the unauthorized protest, providing a harsh coda to the elation of journalists and other supporters of Ivan Golunov after Russia’s interior minister announced the unprecedented move to drop the charges and seek punishment for the police officers involved.

“We should not stand down, even if Ivan is free. There are a number of other people in his situation in this country,” said Maxim Reznik, a member of the St. Petersburg City Council who attended a smaller demonstration Wednesday in that city.

The Interior Ministry said about 1,200 people took part in the Moscow demonstration and arrested protesters faced charges that could bring up to 20 days in jail, state news agency Tass reported. Among them was Alexei Navalny, President Vladimir Putin’s most prominent foe.

Golunov, an investigative reporter for the website Meduza, was arrested June 6 for allegedly dealing synthetic stimulants. Many believed Golunov was set up as retaliation for his reporting on Moscow City Hall and the city’s crime-ridden funeral industry.

In announcing the arrest, police posted photos of drugs allegedly taken in the journalist’s apartment then admitted the images came from another case. Defense lawyers said his fingerprints weren’t on any of the drug packets allegedly found in his apartment.

While the unusual prominence of Golunov’s case could be seen as a watershed in drawing attention to the issue, observers also said it was only the beginning of a long struggle.

“The case against Golunov is actually over. But the case against the system in which such lawlessness became possible is just beginning,” Maria Zheleznova, opinion editor of newspaper Vedomosti, wrote in a piece published Wednesday.

However, the police action in Moscow showed authorities intended to keep tight control over public protest. Opposition groups are routinely denied permission to hold rallies or sometimes given permission for gatherings at undesirable times or low-visibility locations.

Authorities had said the pro-Golunov demonstrators could hold a rally this coming Sunday, but protesters thought acceding to such a delay could have sapped a sense of momentum.