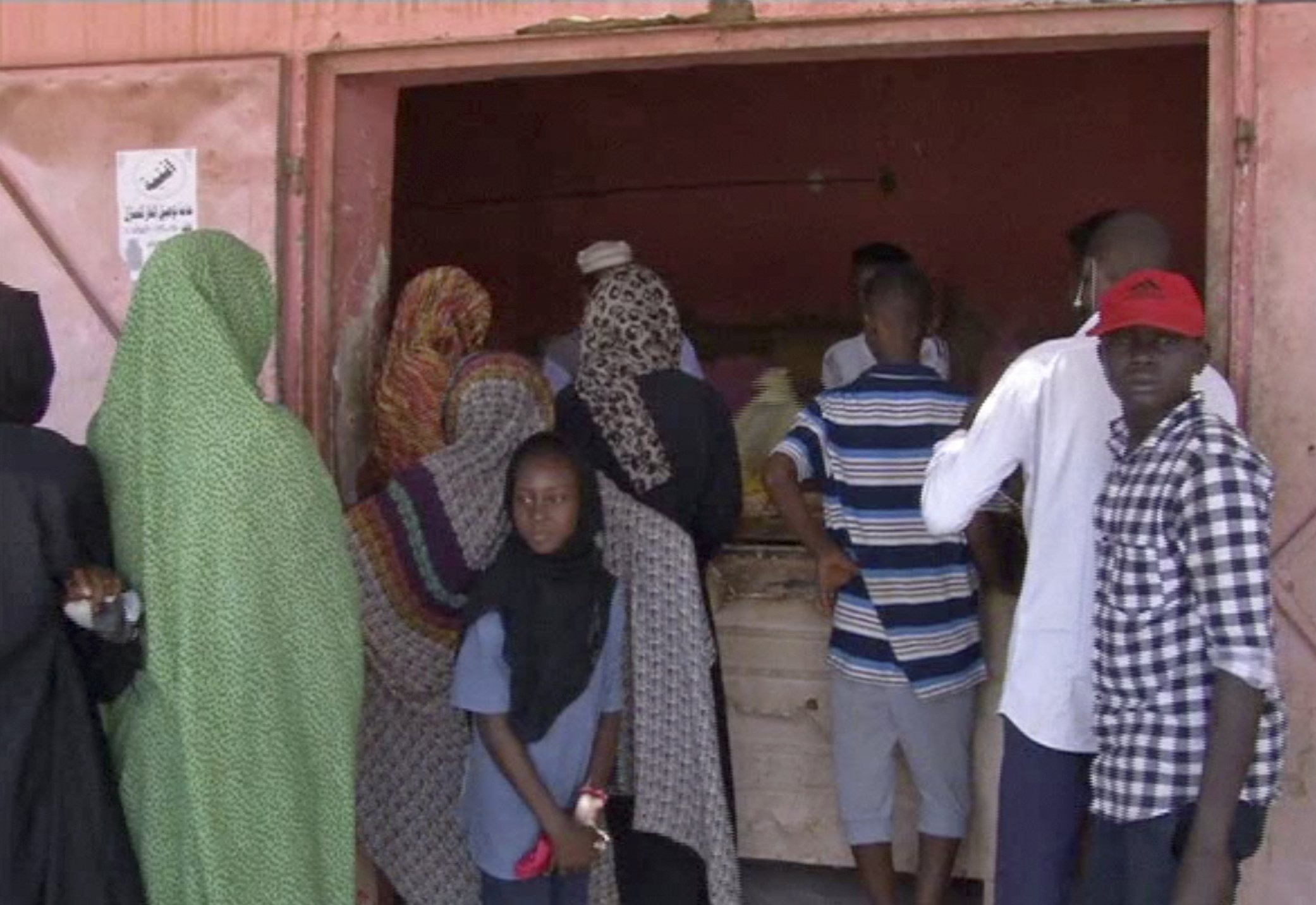 KHARTOUM, Sudan — Activists called off a general strike and civil disobedience campaign as more businesses reopened and traffic returned to its normal bustle on Wednesday in Sudan’s capital of Khartoum, as the U.S. and Ethiopia stepped up efforts to find a peaceful solution to the crisis — following last week’s deadly clampdown by security forces on pro-democracy demonstrators.

Security forces violently dispersed the main protest sit-in on June 3 in Khartoum, killing over 100 people in the capital and across Sudan in a sweeping crackdown, according to protest organizers. It was an alarming turn in the two-month standoff between the protest movement and the military, which removed President Omar al-Bashir from power in April amid a popular uprising against his rule.

The Forces for Declaration of Freedom and Change, which represents the protesters’ demand for civilian rule, called on people to return to work across Sudan, after the three-day general strike, on late Tuesday.

Its decision reflected a growing desire for the protest leaders and the ruling military council to avoid a further escalation, after a week of violence.

“We are highly optimistic that the negotiations will be resumed, and things will be back to normal and they will achieve an agreement,” said Yousef Hassan, a teacher from Khartoum.

Activists, however, took to social media to criticize the FDFC’s decision, declaring that protest leaders, in calling off the strike, had diminished their ability to pressure the generals to give up power.

“The problem was not calling off the disobedience, but was its abrupt suspension. It seemed that you are giving orders to people,” said Hammour Ziada, a Sudanese novelist and activist.

According to protest leaders, theirs was a practical decision. The general strike was successful on its first day, Sunday, but the campaign had lost momentum by Monday and Tuesday, they said.

The move came amid intensifying efforts by the United States and neighboring Ethiopia to end the standoff between the two sides. Prime Minister Abiy Ahmed set out to revive the negotiations on his visit to Khartoum on Friday.

Ethiopia’s Foreign Ministry said on Wednesday that the military council and the FDFC had agreed to resume their talks soon, “in good-faith to iron-out the remaining outstanding points,” including setting up a government council to run Sudan during a set transition period.

The statement added that all previous deals between the generals and protest leaders, despite the break in talks earlier this month, have been restored. These would include a three-year transition period, a Cabinet appointed by the protester leaders, and a legislative body with a civilian majority from the FDFC.

The ministry said both sides also agreed to refrain from inflammatory rhetoric and de-escalate tensions, and that the military council would to take confidence-building measures including the release of political prisoners.

The United States, meanwhile, announced the appointment of a special envoy for Sudan to promote a democratic resolution. State Department spokeswoman Morgan Ortagus said retired veteran diplomat Donald Booth, who previously served as U.S. special envoy for Sudan and South Sudan, had started his job by accompanying the top U.S. diplomat for Africa Tibor Nagy on a visit to Khartoum late Wednesday.

Booth’s appointment is a demonstration that “the United States has a firm commitment to the Sudanese people and efforts to advance a peaceful political solution,” Ortagus told reporters in Washington. In Khartoum, Nagy and Booth will “call for a cessation of attacks against civilians and urge parties” to resume talks.

The state-run SUNA news agency said Sudanese diplomat Elham Ibrahim had met with Nagy soon after his arrival. The agency quoted Nagy as saying the U.S. backed the Ethiopian efforts to end the crisis and halt violence against civilians.

She said the protest leaders hoped that the Ethiopian initiative, backed by the U.S., would lead to a hand over of power to civilians.

“The gamble is that this mediation succeeded in getting both sides to return to the negotiations, which are expected to fail unless there was international pressure,” she said.

Rights groups continued to express alarm over the situation. U.N. experts on Wednesday said they were concerned that Sudan is sliding into a “human rights abyss” in the aftermath of the security forces’ deadly clampdown.

The experts, appointed by the U.N. Human Rights Council, called for an independent investigation into violations against peaceful protesters in Sudan.

“These shutdowns blatantly repress the rights of the people the military council claims it wants to have a dialogue with,” said Priyanka Motaparthy, acting emergencies director at HRW.