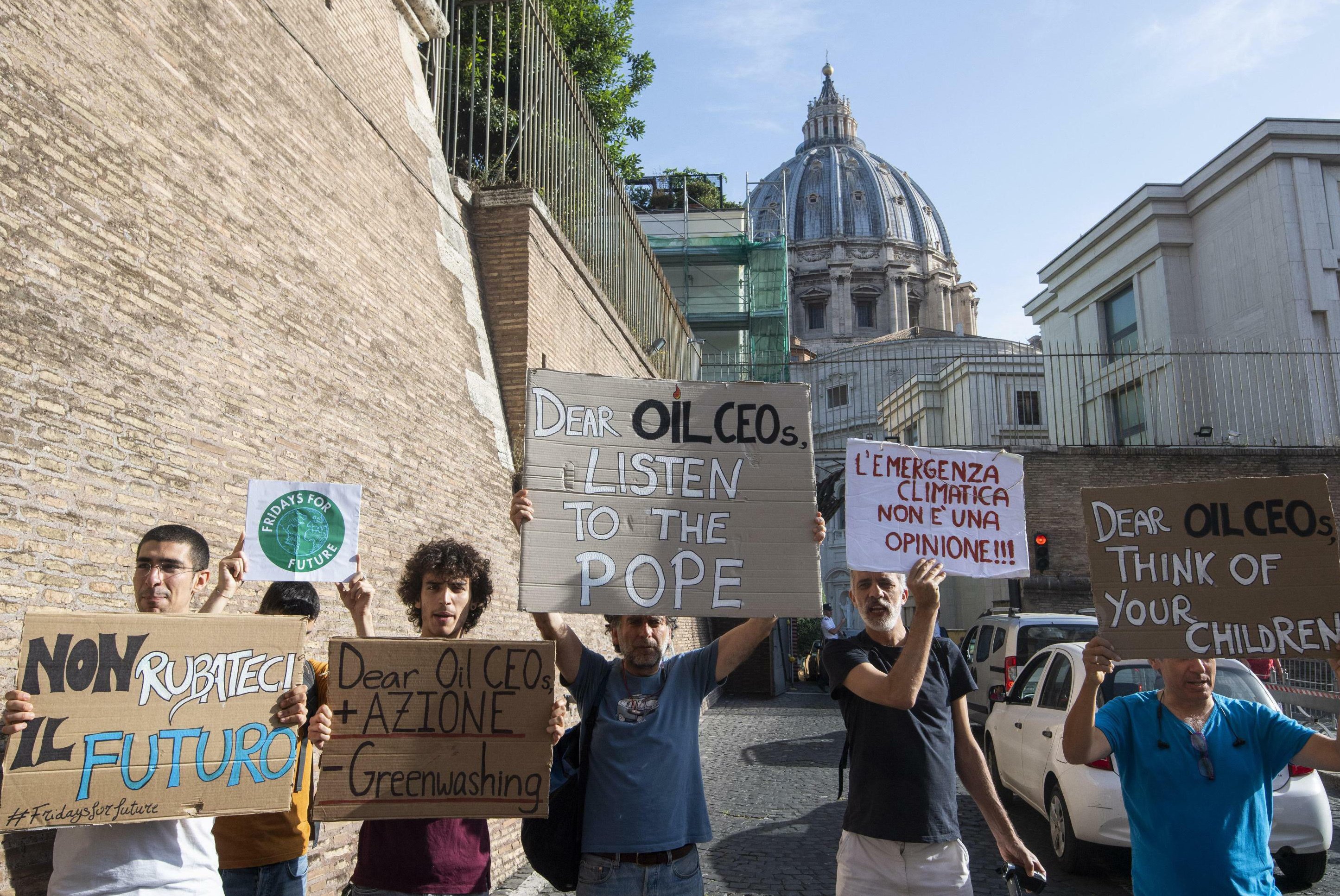 VATICAN CITY — The Latest on a Vatican summit on climate change (all times local):

Some of the world’s major oil producers have committed to supporting “economically meaningful” carbon pricing regimes at the end of a Vatican summit on climate change.

The companies, including ExxonMobil, BP, Royal Dutch Shell, Total, Chevron and Eni, said in a joint statement Friday that governments should set such pricing regimes at a level that encourages business and investment, while “minimizing the costs to vulnerable communities and supporting economic growth.”

The CEOs, as well as heads of major asset managers such as BlackRock and BNP Paribas, also called for oil companies to provide clarity for investors about the risks climate change poses to their businesses and how they plan to transition to cleaner energy sources.

The joint statement was issued at the end of a closed-door summit and a personal appeal by Pope Francis.

Pope Francis is warning oil executives that a “radical energy transition” to clean, low-carbon power sources is needed to stave off the effects of a rapidly warming planet.

Francis told the leaders at a Vatican summit Friday that there was still time to avoid the worst effects of climate change but that “prompt and resolution action” is required.

The meeting marked the second year that Francis has invited oil and financial sector executives to the Vatican to impress upon them his concern that preserving God’s creation is one of the fundamental challenges facing humankind today. The agenda included talks about energy transition, carbon pricing and transparency in reporting climate risk.

Outside the summit a half-dozen protesters held up signs urging the executives to listen to the pope.