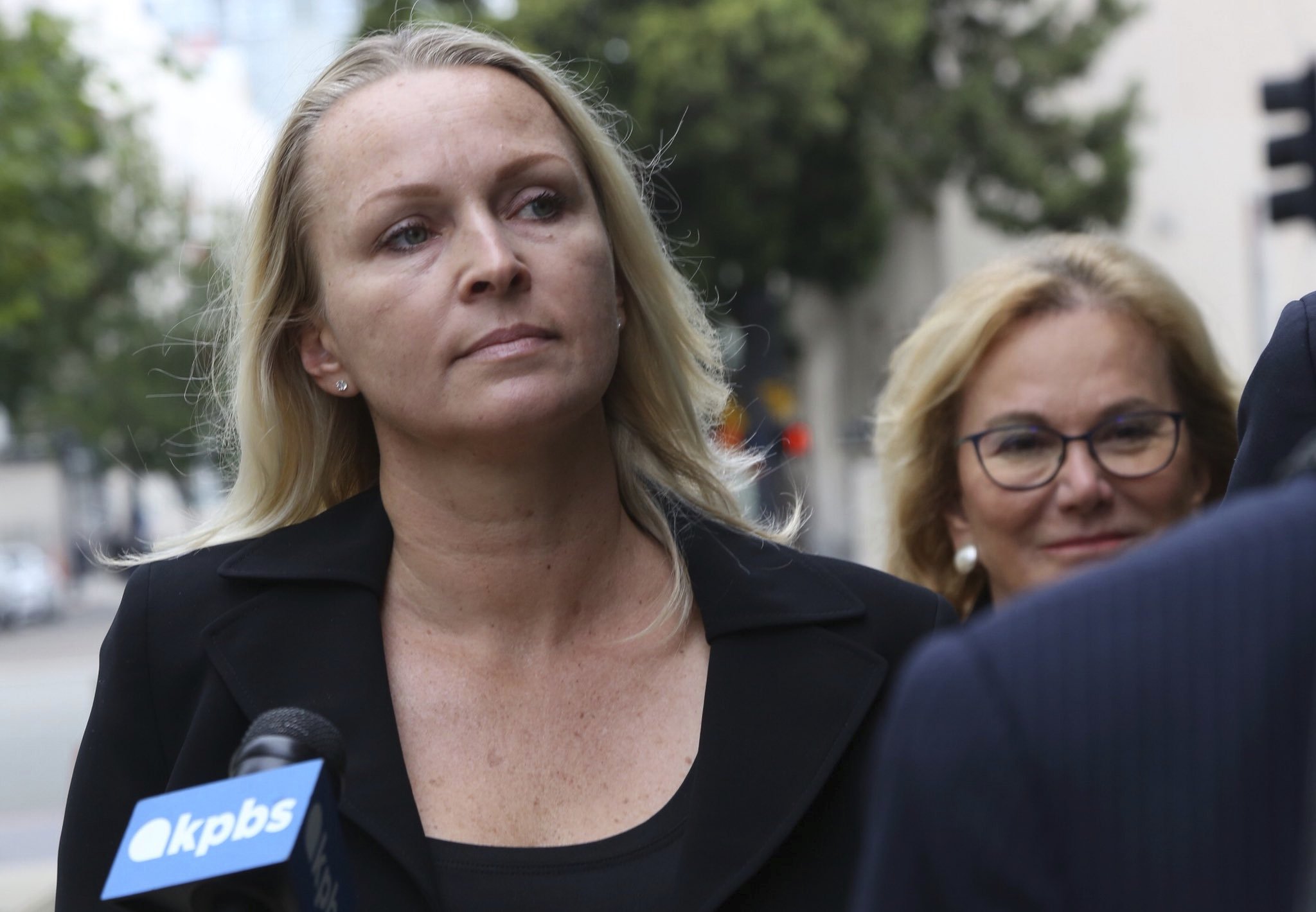 SAN DIEGO — Nearly a year after U.S. Rep. Duncan Hunter suggested his wife was to blame for their alleged misuse of $250,000 in campaign funds, Margaret Hunter pleaded guilty Thursday to a single corruption count and agreed to testify against her husband at his upcoming trial.

Hunter, who worked as her husband’s campaign manager, appeared in U.S. court in San Diego and changed a previous not guilty plea.  In a statement read by her attorney after the hearing, she said she accepts full responsibility.

“I am deeply remorseful and I apologize,” she said.

In her plea agreement, she said she would help the prosecution and testify on their behalf. She also agreed to provide documents.

She could face up to five years when she is sentenced on Sept. 17.

The California congressman’s attorney, Gregory Vega, told the San Diego Union-Tribune that Margaret Hunter’s decision should have no impact on his client’s federal corruption case that alleges the couple spent more than $250,000 in campaign money on a lavish lifestyle, bankrolling Italian and Hawaiian vacations, tequila shots and theater tickets while their household budget was in the red.

Former U.S. prosecutor Jason A. Forge said it’s rare for one spouse to plead out when the other’s case has not been resolved.

Forge prosecuted California Rep. Randy “Duke” Cunningham, who resigned from Congress in 2005 and served more than seven years in prison for one of the worst bribery scandals to ever bring down a federal lawmaker.

Forge said Margaret Hunter may also be ready to testify about the status of their marriage and how much sway she had over the spending.

Since the indictment last year, the Hunters have entered U.S. court in San Diego separately with their own attorneys and also have left separately.

In an interview with Fox News last year, the six-term congressman said his campaign made mistakes, that he gave his wife power of attorney when he deployed as a Marine to Iraq in 2003, and that she handled his finances during his last five terms in office.

“She can remove any doubt that he might have been able to raise as far as him being away in Washington and that she was 100% responsible for all of this activity,” Forge said.

The couple, who have three children, pleaded not guilty last year after a federal grand jury indicted them on charges of spending campaign cash on $400 worth of tequila shots, golf outings, school tuition, and Costco shopping sprees between 2009 and 2016.

They also are accused of trying to conceal the illegal spending in federal campaign finance reports. Duncan Hunter’s lawyers said in 2017 that the couple repaid the campaign about $60,000.

Hunter, a close ally of President Donald Trump, was one of two Republican federal lawmakers to win re-election last November after being indicted on corruption charges. He is scheduled to go on trial in September, and his lawyers have called the allegations a political witch hunt.

Vega, his lawyer, wrote in an August letter to the Justice Department urging prosecutors to delay any action until after the election that “while there may be evidence of infidelity, irresponsibility, or alcohol dependence, the underlying facts do not equate to criminal activity.”

The Marine combat veteran recently championed dismissal of a war crimes case against a decorated Navy SEAL, which the president has considered.

Special Operations Chief Edward Gallagher is charged with stabbing to death a teenage Islamic State fighter under his care in Iraq in 2017 and then holding his reenlistment ceremony with the body.

Hunter acknowledged taking a photo with a dead combatant during his time in Iraq.

The Hunter family is a household name in a district that covers inland areas of San Diego County and runs into Riverside County. His father, also named Duncan, served nearly three decades in one of the most heavily Republican congressional districts in Southern California.