US blames Iran for attacks on 2 tankers near Persian Gulf 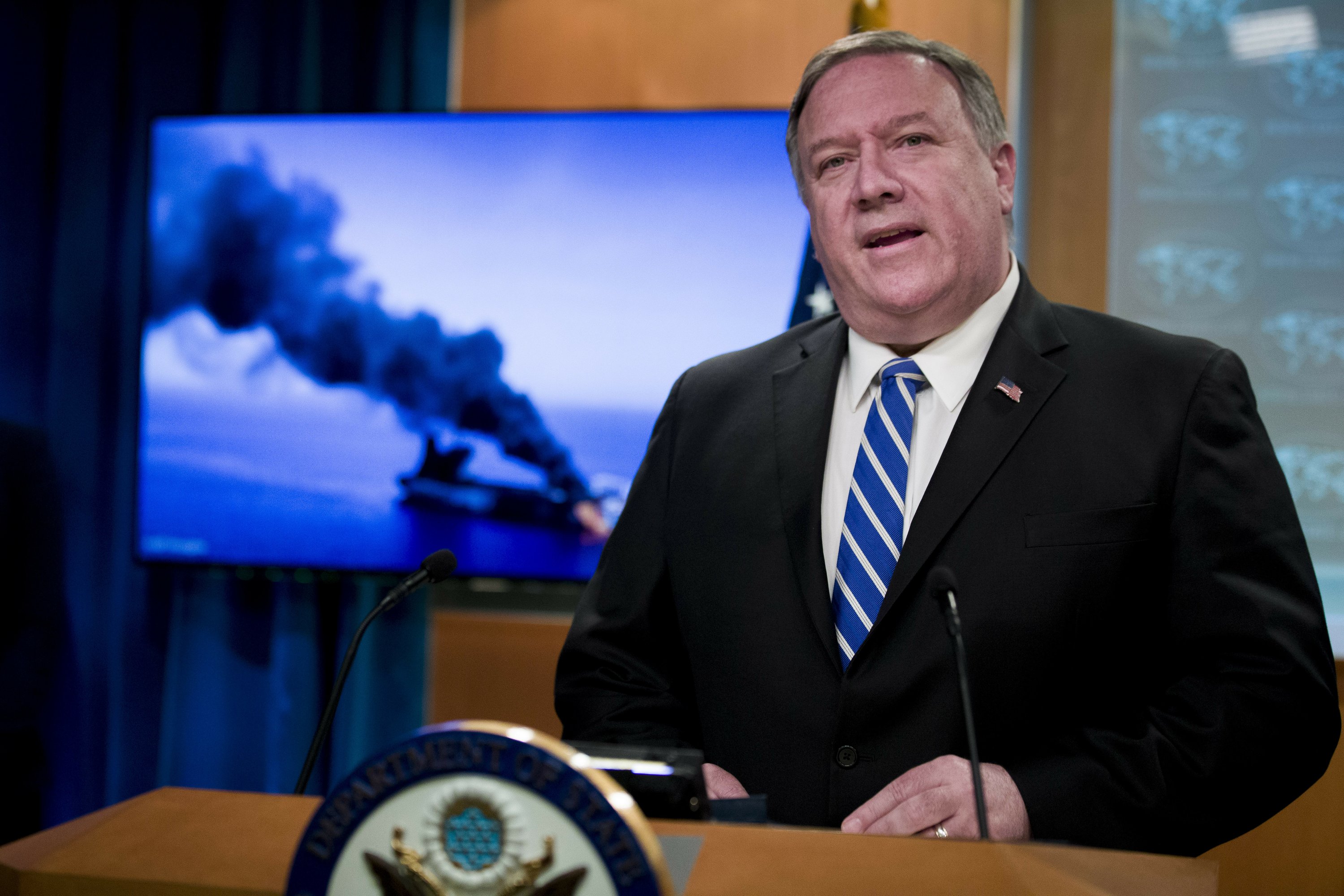 WASHINGTON — Secretary of State Mike Pompeo said Thursday that the United States government blames Iran for attacks on two oil tankers near the Persian Gulf, casting it as the latest in a series of “provocative actions” that have sharply raised tensions in the region.

A U.S. assessment of Iran’s responsibility, which forced the evacuation of the crews in international waters, was based in part on intelligence as well as the expertise needed to carry out the operation, Pompeo told reporters in Washington.

It was also based on a recent series of incidents in the region that the U.S. also blames on Iran, including a similar attack on tankers in the area in May and the bombing of an oil pipeline in Saudi Arabia by Iranian-backed fighters, he said.

“Taken as a whole these unprovoked attacks present a clear threat to international peace and security, a blatant assault on the freedom of navigation and an unacceptable campaign of escalating tension by Iran,” Pompeo said.

The U.S. planned to raise the attacks at the U.N. Security Council later Thursday. Pompeo also said the U.S. would defend its forces and interests in the Middle East but gave no details on any immediate plans.

Pompeo did not take questions after giving the brief statement.

Tensions between Iran and the United States have been growing since President Donald Trump last year withdrew from an international agreement aimed at restricting Iran’s nuclear program and re-instated economic sanctions that have had a devastating effect on the Iranian economy.

In May, the U.S. rushed an aircraft carrier strike group and other military assets to the Persian Gulf region in response to what it said were threats from Iran.

Pompeo on Thursday said Iran had attempted the covert deployment of small boats capable of launching missiles, in an apparent description of the threat that prompted the deployment.