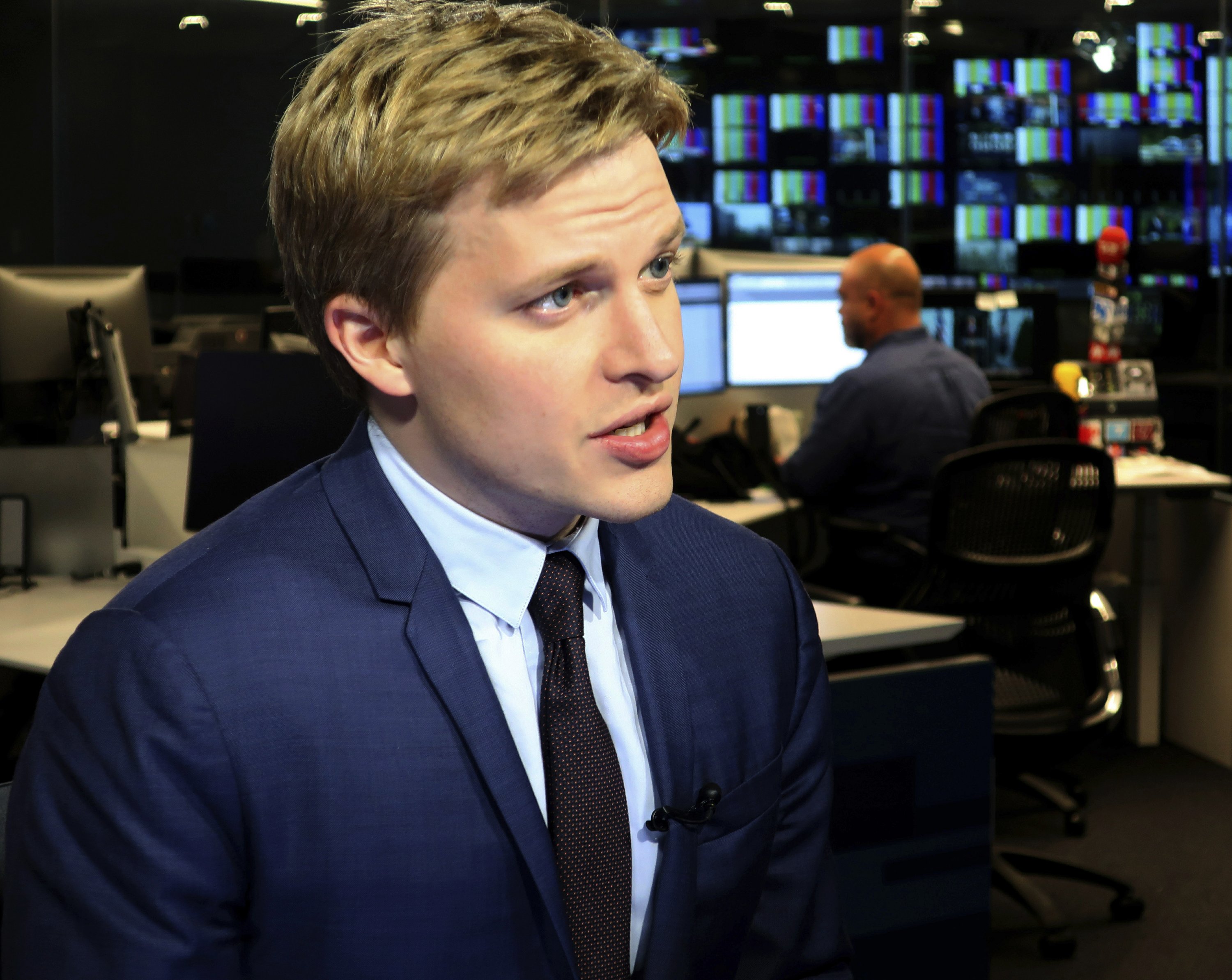 NEW YORK — The New Yorker’s Ronan Farrow sure knows how to get a media crowd buzzing.

The Pulitzer Prize winner accepted a Mirror Award for media reporting from Syracuse University on Thursday for his stories on sexual misconduct at CBS, including allegations that toppled the corporation’s former leader, Leslie Moonves.

Like other award winners, he saluted fellow journalists and industry leaders at the Manhattan luncheon for bravery in producing stories that keep the media honest and transparent — even at the cost of burning bridges and losing job opportunities.

At the same time, he said “I can see people who have lied to protect power.”

From both the podium and later afterward, Farrow declined to name names.

Farrow and The New York Times won Pulitzers in 2018 for stories outlining sexual misconduct allegations against former Hollywood mogul Harvey Weinstein. He has the capacity to make plenty media players nervous; his upcoming book “Catch and Kill” is being awaited for expectations he will write about leaving NBC News when it declined to use his work on Weinstein.

The Mirror Awards have become a venue for impassioned speeches about the industry. Lois Beckett of WNYC radio accepted a trophy Thursday for her reporting on the white nationalist movement while scolding media executives for a failure to be more diverse in hiring. Davey Alba of BuzzFeed News, honored for a story on using Facebook as a tool in a drug war in her native Philippines, urged her company and others to be more accepting of unions.

CNN Worldwide President Jeff Zucker said his company’s job is not to pick sides in political disputes but to tell the truth. His company, and Zucker personally, have been frequent targets for barbs by President Donald Trump.