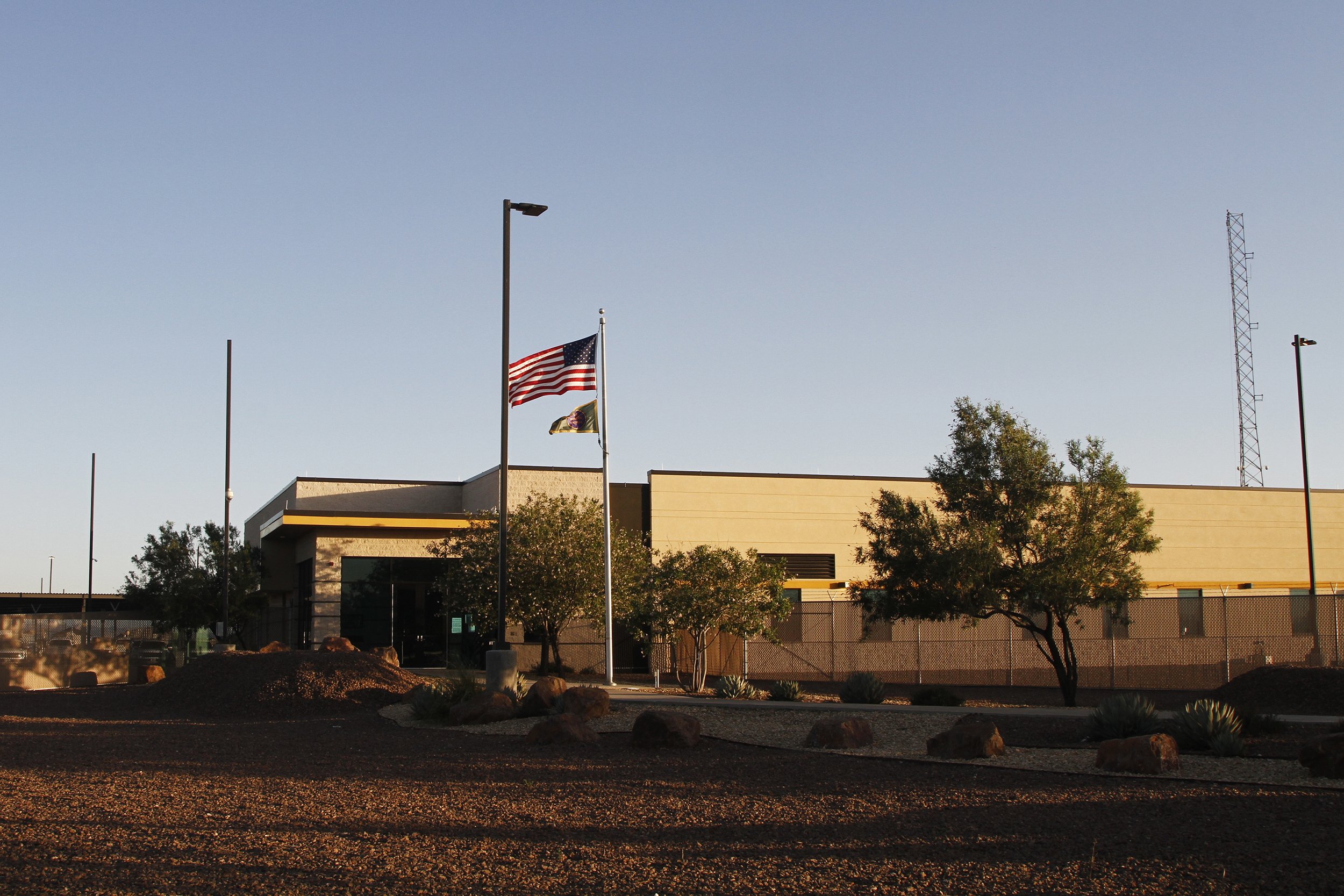 EL PASO, Texas — A 2-year-old boy locked in detention wants to be held all the time. A few girls, ages 10 to 15, say they’ve been doing their best to feed and soothe the clingy toddler who was handed to them by a guard days ago. Lawyers warn that kids are taking care of kids, and there’s inadequate food, water and sanitation for the 250 infants, children and teens at the Border Patrol station.

The bleak portrait emerged Thursday after a legal team interviewed 60 children at the facility near El Paso that has become the latest place where attorneys say young migrants are describing neglect and mistreatment at the hands of the U.S. government.

Data obtained by The Associated Press showed that on Wednesday there were three infants in the station, all with their teen mothers, along with a 1-year-old, two 2-year-olds and a 3-year-old. There are dozens more under 12. Fifteen have the flu, and 10 more are quarantined.

Three girls told attorneys they were trying to take care of the 2-year-old boy, who had wet his pants and had no diaper and was wearing a mucus-smeared shirt when the legal team encountered him.

“A Border Patrol agent came in our room with a 2-year-old boy and asked us, ‘Who wants to take care of this little boy?’ Another girl said she would take care of him, but she lost interest after a few hours and so I started taking care of him yesterday,” one of the girls said in an interview with attorneys.

Law professor Warren Binford, who is helping interview the children, said she could not learn anything about the toddle — not even where he’s from or who his family is. He is not speaking.

Binford described that during interviews with children in a conference room at the facility, “little kids are so tired they have been falling asleep on chairs and at the conference table.”

She said an 8-year-old taking care of a very small 4-year-old with matted hair couldn’t convince the little one to take a shower.

“In my 22 years of doing visits with children in detention, I have never heard of this level of inhumanity,” said Holly Cooper, who co-directs University of California, Davis’ Immigration Law Clinic and represents detained youth.

The lawyers inspected the facilities because they are involved in the Flores settlement, a Clinton-era legal agreement that governs detention conditions for migrant children and families. The lawyers negotiated access to the facility with officials, and say Border Patrol knew the dates of their visit three weeks in advance.

Many children interviewed had arrived alone at the U.S.-Mexico border, but some had been separated from their parents or other adult caregivers including aunts and uncles, the attorneys said.

Government rules call for the children to be held by the Border Patrol for no longer than 72 hours before they are transferred to the custody of Health and Human Services, which houses migrant youth in facilities around the country.

Government facilities are overcrowded and five immigrant children have died since late last year after being detained by Customs and Border Protection. A teenage mother with a premature baby was found last week in a Texas Border Patrol processing center after being held for nine days by the government.

In an interview this week with the AP, acting Customs and Border Protection Commissioner John Sanders acknowledged that children need better medical care and a place to recover from their illnesses. He urged Congress to pass a $4.6 billion emergency funding package includes nearly $3 billion to care for unaccompanied migrant children.

He said that the Border Patrol is holding 15,000 people, and the agency considers 4,000 to be at capacity.

“The death of a child is always a terrible thing, but here is a situation where, because there is not enough funding … they can’t move the people out of our custody,” Sanders said.

The arrival of thousands of families and children at the border each month has not only strained resources but thrust Border Patrol agents into the role of caregivers, especially for the many migrant youth who are coming without parents.

But children at the facility in Clint, which sits amid the desert scrubland some 25 miles (40 kilometers) southeast of El Paso, say they have had to pick up some of the duties in watching over the younger kids.

A 14-year-old girl from Guatemala said she had been holding two little girls in her lap.

Children told lawyers that they were fed oatmeal, a cookie and a sweetened drink in the morning, instant noodles for lunch and a burrito and cookie for dinner. There are no fruits or vegetables. They said they’d gone weeks without bathing or a clean change of clothes.

A migrant father, speaking on condition of anonymity because of his immigration status, told AP Thursday that authorities separated his daughter from her aunt when they entered the country. The girl would be a second grader in a U.S. school.

He had no idea where she was until Monday, when one of the attorney team members visiting Clint found his phone number written in permanent marker on a bracelet she was wearing. It said “U.S. parent.”

“She’s suffering very much because she’s never been alone. She doesn’t know these other children,” said her father.

Republican Congressman Will Hurd, whose district includes Clint, said “tragic conditions” playing out on the southern border were pushing government agencies, nonprofits and Texas communities to the limit.

“This latest development just further demonstrates the immediate need to reform asylum laws and provide supplemental funding to address the humanitarian crisis at our border,” he said.

“Those facilities are anything but child friendly,” said Dr. Julie Linton. “That type of environment is not only unhealthy for children but also unsafe.”

The Trump administration has been scrambling to find new space to hold immigrants as it faces criticism that it’s violating the human rights of migrant children by keeping so many of them detained.